by Carrie Forrest, MPH in Nutrition | Jan 15, 2022
This post may contain affiliate links which won’t change your price but will share some commission. 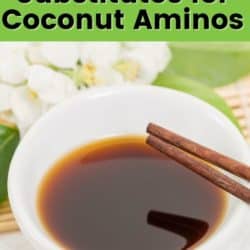 Coconut Aminos is a great flavoring for your savory dishes. This seasoning is naturally gluten-free. Learn when to use coconut aminos, and what are the six best substitutes for coconut aminos when you don’t have it on hand.

With no soy or gluten and an average 73 percent lower sodium content than soy sauce, coconut aminos is perfect for people with allergies or sensitivities to certain foods.

Despite its name – and the fact that it is made from the fermented sap of the coconut palm – it doesn’t actually taste like coconut! Instead, it is like a mild, somewhat sweet soy sauce flavor that brings a wonderful umami flavor to your dishes.

There are lots of claims about the health benefits of coconut aminos, but most of these are misleading. They tend to be based on research into raw coconut and coconut palm, rather than into coconut aminos itself. Also, they tend to overlook the fact that coconut aminos is used as a seasoning, and therefore only consumed in relatively small quantities.

But that doesn’t mean that there are no benefits to using coconut aminos in your cooking! Cutting down on sodium is generally a good thing for most people. And since it is free of gluten, soy and wheat, coconut aminos can be a good choice for people with dietary restrictions.

If you’re following a recipe that calls for coconut aminos and you don’t have any available, there are several excellent substitutes that will work just as well.

But it’s important to consider why the recipe was using coconut aminos first place. If it was to ensure that the finished dish was gluten-free, for example, then it is important that anything you use to replace the coconut aminos is also free from gluten.

Here are a few good options to try.

Bragg’s Liquid Aminos is probably the closest product to coconut aminos in terms of flavor.

While it is free from gluten and wheat, it is made from a mixture of purified water and non-GMO soybeans. This means that it is not suitable for anyone who is allergic or sensitive to soy.

Something else to consider is that it is high in sodium – even higher than soy sauce! If your aim is to limit the amount of sodium in your diet, then this might not be the ideal substitute for you.

Like coconut aminos, Bragg Liquid Aminos has a slightly sweet flavor and despite its high sodium content, it tastes just a little saltier.

For every 1 teaspoon of coconut aminos, you can use 1 teaspoon of Bragg Liquid Aminos. However, you might want to start with less to compensate for the slightly saltier flavor.

Fun fact: I got to meet Patricia Bragg a few years ago in Santa Barbara. She was carrying a bottle of Bragg’s in her purse which she whipped out when I asked to take a photo with her!

Soy sauce has a more robust flavor than coconut aminos and tastes a little saltier, but it is still an excellent substitute for coconut aminos.

Opt for low-sodium soy sauce if limiting sodium intake is your goal, but remember that any kind of soy sauce is unsuitable for anyone sensitive to soy. And because it is made by fermenting soy with crushed wheat, it also contains gluten.

You can use soy sauce in place of coconut aminos with a 1:1 ratio, but I’d recommend using a little less than the recipe calls for and then adjusting to taste.

If you want the flavor of soy sauce but without gluten, then tamari is the perfect choice. It is the Japanese version of soy sauce and most brands are made without using wheat. To be on the safe side, though, you should check the packaging to confirm that it is gluten-free (I like this organic gluten-free tamari).

Tamari is darker in color than other types of soy sauce and has a richer – yet more mellow – flavor. It tastes a little less salty and is also thicker in texture, making it popular as a dipping sauce.

Because tamari is still slightly saltier than coconut aminos, you may need to add a little less than the recipe calls for when using it as a substitute. You can always add more later if you prefer.

Dried shiitake mushrooms bring that lovely umami flavor to a dish and they are easy to store in your pantry so you’ll always have some to hand! They are naturally free from sodium and gluten, plus they are ideal for anyone needing to avoid soy.

You have two options when it comes to using mushrooms as a replacement for coconut aminos.

You can simply add them to your dish just as they are, allowing 1.5 tablespoons of dried mushrooms for every tablespoon of coconut aminos.

Alternatively, soak them in water for a few hours, then use the liquid to replace the coconut aminos with a 1:1 ratio. In either case, you might want to add some salt for extra flavor.

Like coconut aminos, oyster sauce has a delicious blend of sweet and salty flavors. It is made by boiling oysters, caramelizing the juices, and adding sugar, salt, and thickeners.

Some brands (but not all) are gluten-free, and some may contain added soy, so it is important to check the packaging.

Oyster sauce is also relatively high in sodium, although low-sodium brands are available. Unlike coconut aminos, oyster sauce is unsuitable for a vegan diet. If you need to avoid animal products, look for vegetarian oyster sauce, which is actually made with mushrooms.

Because of its similarity in taste and texture, oyster sauce can be used with a 1:1 ratio as a replacement for coconut aminos.

Although it may seem an unlikely substitute for coconut aminos, in a pinch you could try Worcestershire sauce. It is a very different product, make with a combination of anchovies, molasses, tamarind, spices, and vinegar. Nevertheless, it lends a real depth to dishes and helps provide that umami flavor you are looking for.

Whilst Worcestershire sauce is soy-free, some brands contain gluten. It is also quite high in sodium and sugar.

You can use it to replace coconut aminos in your recipe with a 1:1 ratio, but you might prefer to start with a little less and adjust as necessary.

When replacing coconut aminos in a recipe it is quite easy to achieve a very similar flavor using any of the above alternatives. Even if they alter the taste of your dish a little, you might find you prefer the result!

But do remember to take into account any other ingredients that your substitutes may contain and make sure they are safe for anyone with food allergies or sensitivities.

This post may contain affiliate links which won’t change your price but will share some commission. We are participant in the Amazon Services LLC Associates Program, an affiliate advertising program designed to provide a means for us to earn fees by linking to Amazon.com and affiliated sites.
Cooking Basics 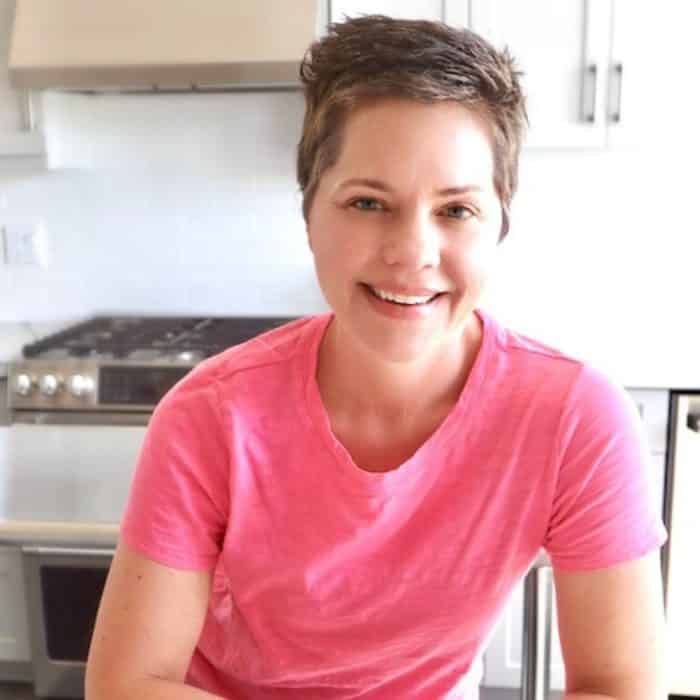 I'm Carrie and I have a master's degree in public health with a specialty in nutrition. I'm a blogger and cookbook author who is passionate about sharing easy and healthy recipes. 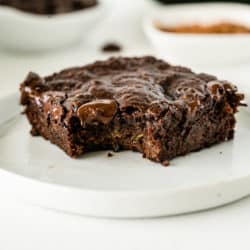 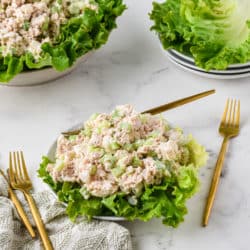 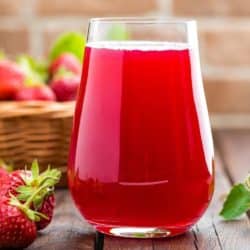 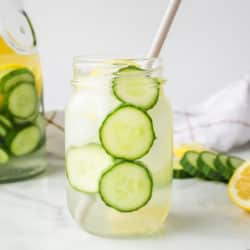